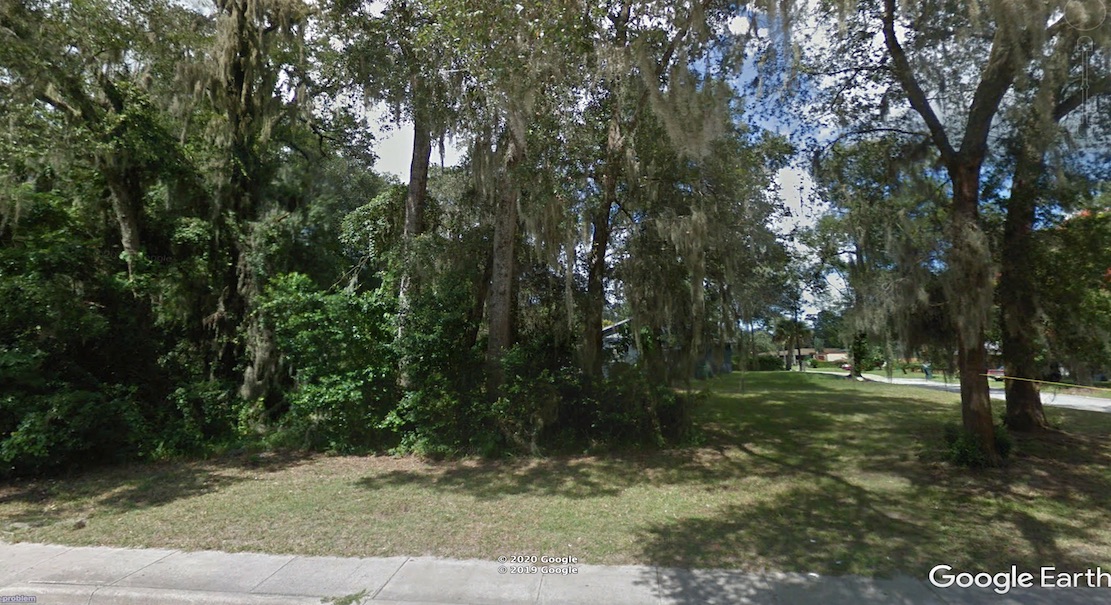 One tax ID serving two 50 x 144 lots could be split or kept to build your dream down street from park!

It is not a tourist place, and in fact, seems to hide behind lakes and woods from touristy Orlando and from the coast.

The more famous Daytona has distinguished itself as the “birthplace of speed.” Upholding a long tradition, one can still drive on the beach where land speed records were once set—however, speed limits are now in effect. Good arts and culture amenities and the usual assortment of watersports are on hand. Ormond Beach has a similar profile – minus the auto sports – to Daytona. Some commute 50 miles to Orlando or to other coastal cities, explaining in part the recent uplift in employment figures. Cost of living, once a big plus for the area, and home prices in particular, have risen rapidly, but the area is still relatively more affordable than most Florida East Coast areas.

Wide, white sandy beaches dominate the coastline. Coastal vegetation is low scrub and palm trees with evergreen, live oak, and magnolia forests inland. Summer temperatures, while reaching 90 degrees or above during the late morning or early afternoon, tend to diminish in the afternoon with sea breezes and frequent afternoon thundershowers, both lowering temperatures into the 80s. Winters are mild with a few cold-air invasions. Long periods of cloudiness and rain are infrequent. While hurricanes do occur, they are not considered a great threat at this latitude.